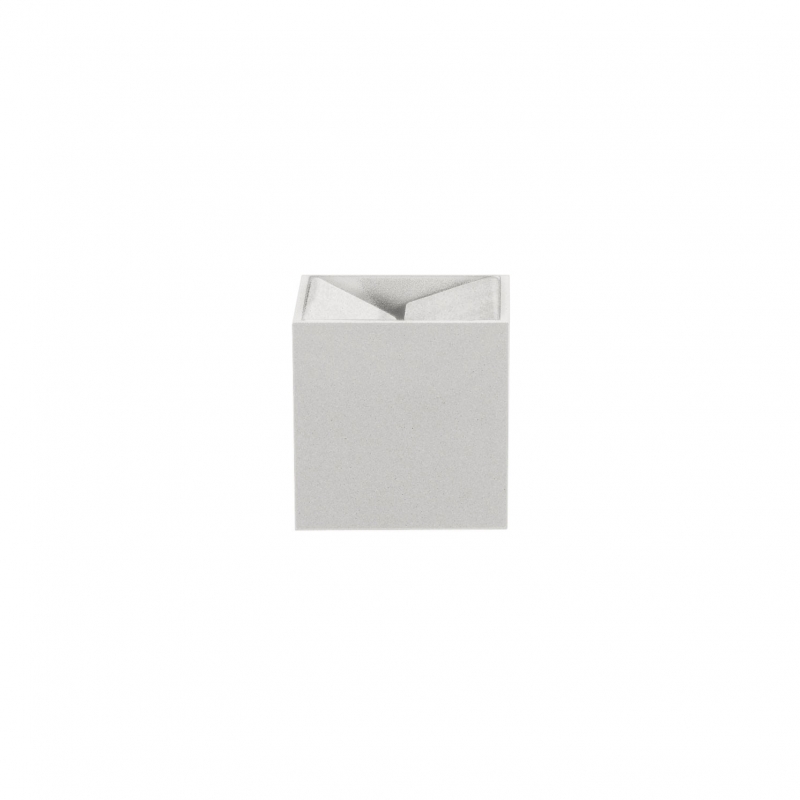 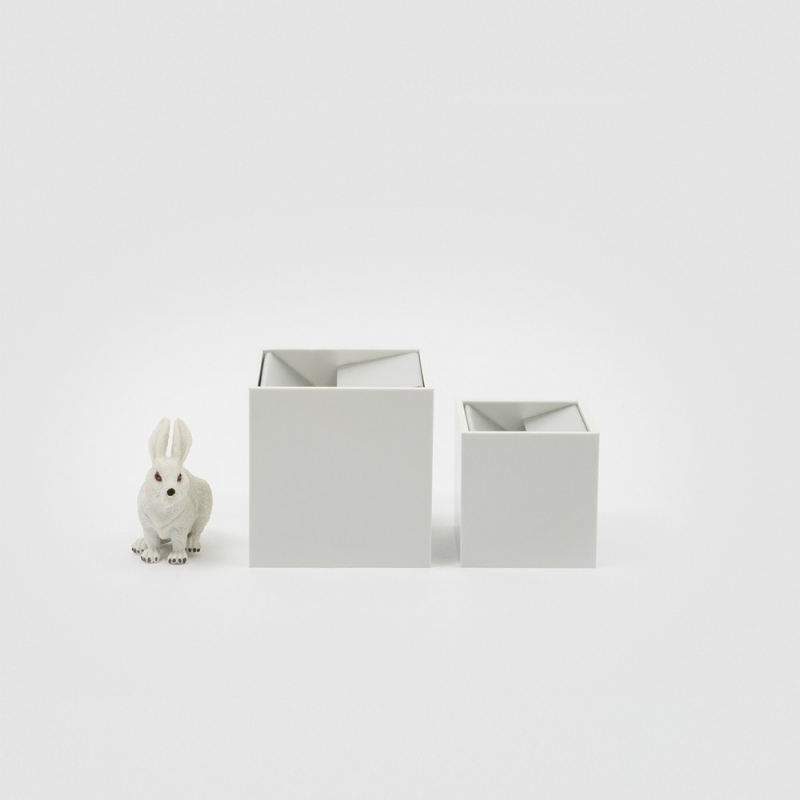 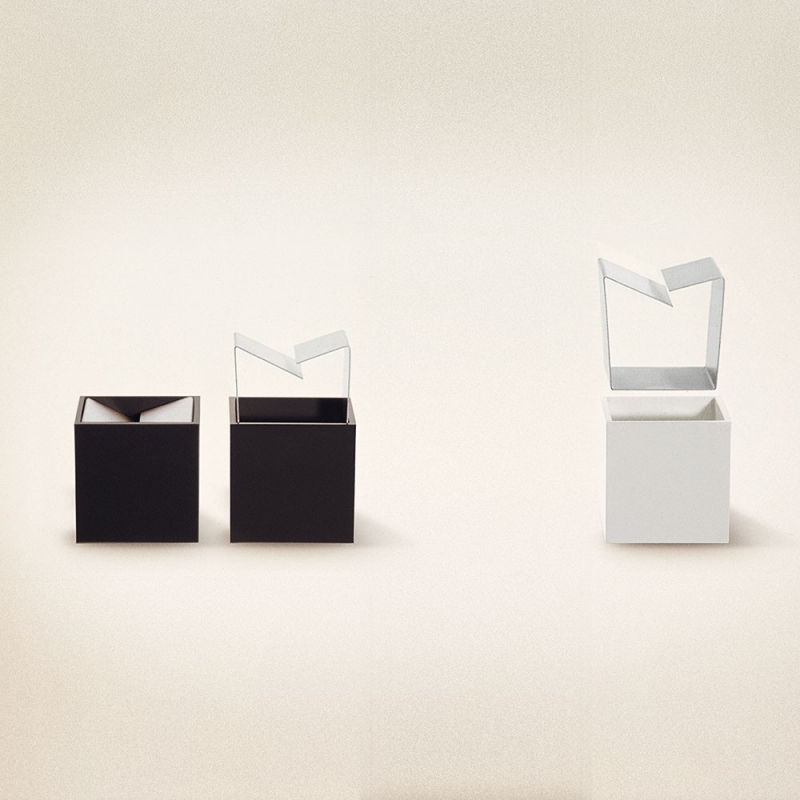 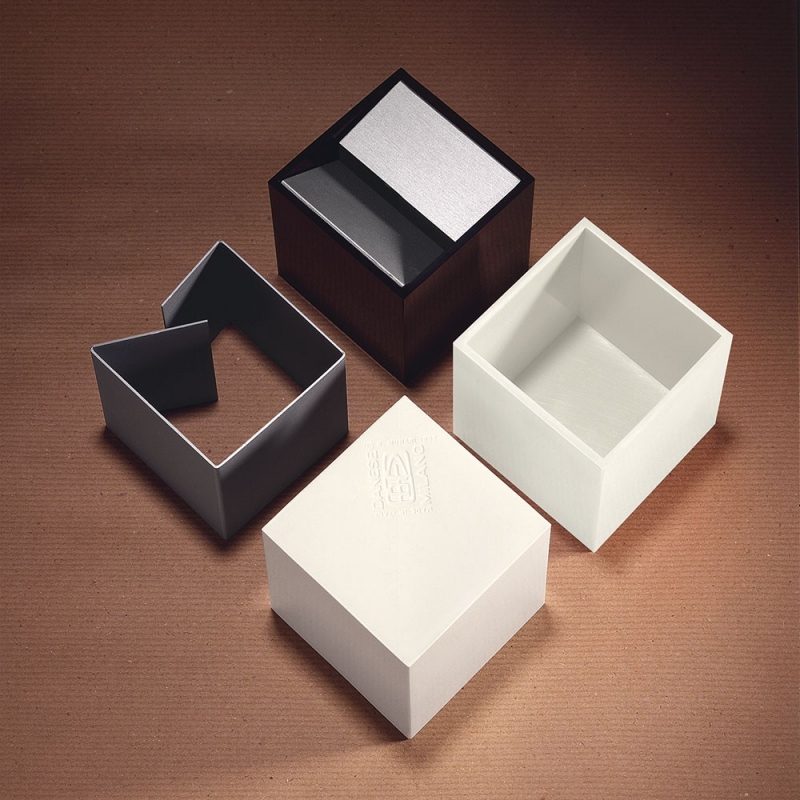 Anodized aluminium, melamine, non-inflammable .
It is an extremely simple object: a module constituted of a small polymeric cube, open on one side, and a strip of curved steel.
The object is, in fact, extremely functional: it holds the ash and cigarette ends, hides them from view, and protects against accidental spills.
The cubic ashtray, from which was born an entire family of objects, including the Canarie desk set and the free-standing ashtray, is part of the design collections of all the most important museums in the world, including the MoMA in New York. 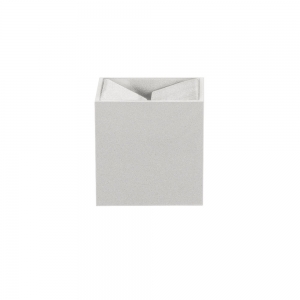