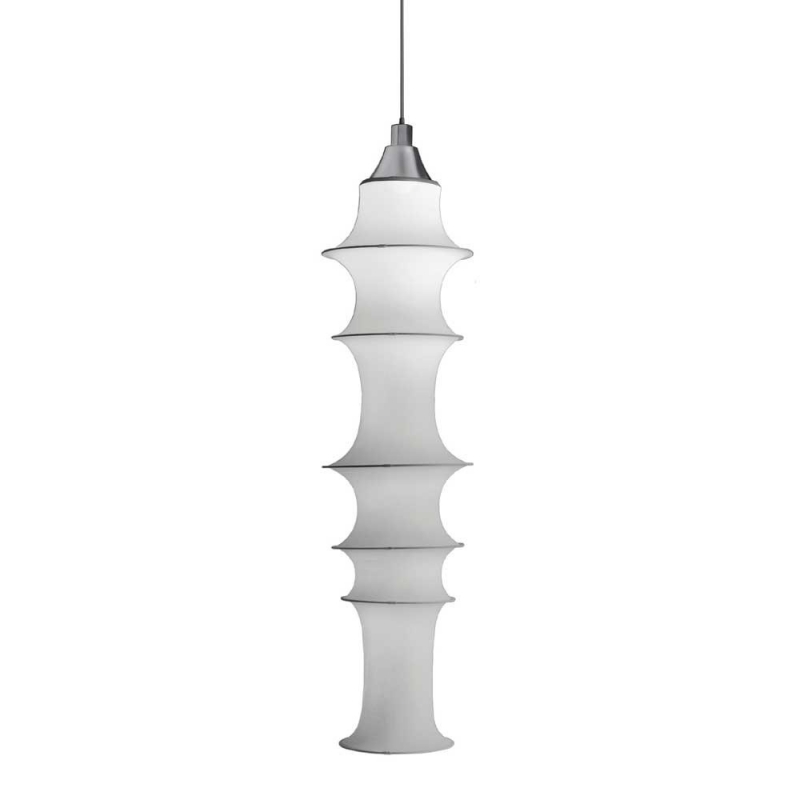 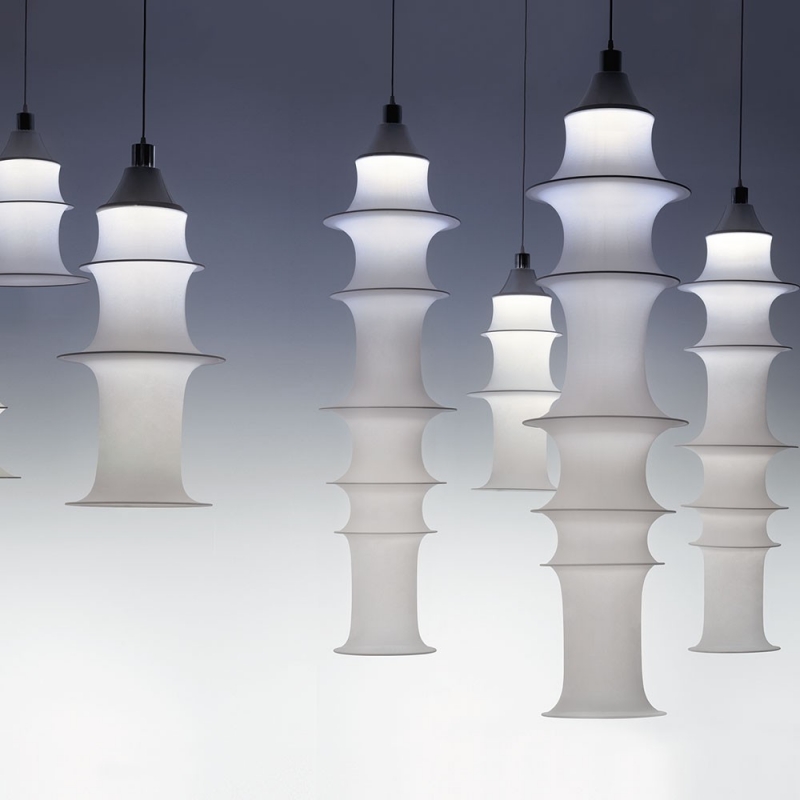 Pendant lamp designed by Bruno Munari. The shape is a result of the materials that forms it: the elastic textile adapt its shape to the metal rings.

Elastic fabric diffuser, white tubular, natural aluminium structure.
The “Falkland” lamp has a tubular structure in aluminium covered with elastic material.
It is a spontaneous shape, generated by the tension of the inner forces with which it is made.
When Munari talks about “spontaneous” shape he refers to a part of his research done on natural organisms, in which materials and shapes seem to correspond to the functions they carry.
This lamp corresponds more than the others to the requirements that Munari considers fundamental for a correct design: simplicity, efficiency, minimum storage bulk and maximum return.
It is more than 1.60 m tall but you can fit it in a few centimeters of space: the light filters through the tube, using the texture of the fabric to create a characteristic effect of soft and diffused luminosity. 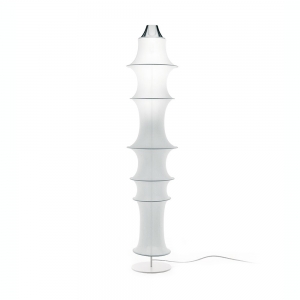 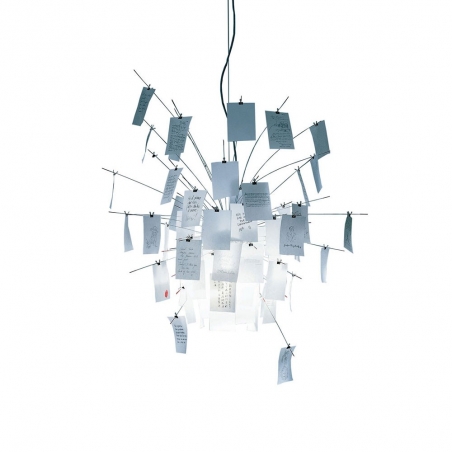 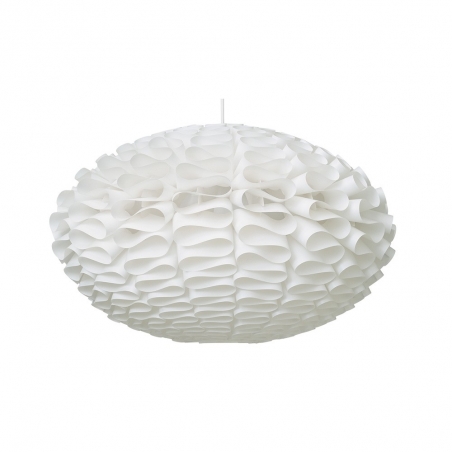